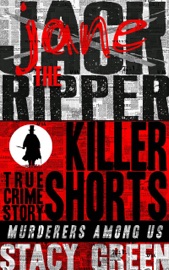 What if Jack the Ripper was a woman?

During Jack the Ripper's siege on Whitechapel, London in the summer of 1888, Inspector Fredderick Abberline wondered whether the killer might be a woman. He later dismissed the idea, but history has refused to let the theory die.

Could the most heinous killer of the time be a midwife, angered by client betrayal, seeking her revenge on prostitutes for being imprisoned as an abortionist? Or a vengeful wife, shamed by her husband's infidelity, exacting an evil plan culminating in the brutal slaying of her husband's pregnant mistress?

And more recently, inconclusive DNA results from one of the famous Ripper letters points to the possibility of the Ripper being female.

This gripping true crime short examines one of history's most elusive criminals and dissects the question, “Could Jack really have been a Jane?”